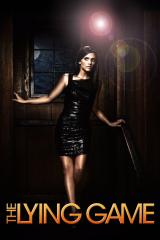 Genre: Drama,Mystery
Network: ABC Family
Release date: August 15, 2011
External link: TheTVDB
Summary:
The show follows Emma (Chando), a kind-hearted foster kid who cant catch a break. She finds out she has an identical twin sister, Sutton (also played by Chando), who unlike Emma was adopted by wealthy parents and is seemingly living an ideal life. After their initial meeting, Sutton talks Emma into stepping into her life for a few days while she pursues a lead on their birth mother. Initially excited to do this favor for her sister, Emma soon learns that Sutton has gone missing and could be in trouble. Now, Emma must decide whether to come clean to Sutton's family and risk her own safety in the hope of uncovering her twin sisters true whereabouts, along with the truth about why they were separated in the first place.

No Country for
season 01
episode 17

Not Guilty as
season 01
episode 18

A Kiss Before
season 02
episode 04

Much Ado About
season 02
episode 05