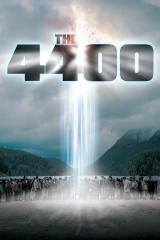 Genre: Drama,Science-Fiction
Network: USA Network
Release date: July 11, 2004
External link: TheTVDB
Summary:
The 4400 tells the stories of 4,400 abductees after they are returned to earth. In the words of the executive producers, these are stories of people dealing with traumatic changes, driven by the mystery of what happened and why. Some of them have been affected in mysterious ways, and some will have certain abilities, both good and bad, so part of the drama will be watching them adjust to these changes within themselves. The series kicks off with a ball of light sailing toward Earth, but rather than the expected catastrophic event, thousands of returned abductees are left with no memory of their otherworldly experiences. Each has been gone anywhere from a few months to several decades but none has aged a day.

Weight of the
season 02
episode 04

As Fate Would
season 02
episode 06