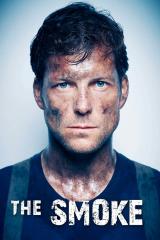 Genre: Drama
Network: Sky1
Release date: February 20, 2014
External link: TheTVDB
Summary:
This eight-part series follows the high-adrenaline adventures of White Watch, a team of London firefighters. At the heart of the story is a family of firemen and women who, no matter what, always have each other to fall back on. But being a hero isn't easy, especially in a world that regularly disregards them, and it certainly doesn't pay. Many crew members are forced to hold down other jobs on the side, taking some of them into the city’s after dark world. The stakes are high but, in "The Smoke," it's the very lives and souls of the White Watch crew that are at risk.