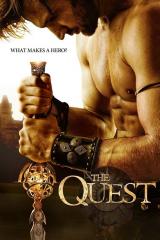 Genre: Fantasy,Game Show
Network: ABC (US)
Release date: July 31, 2014
External link: TheTVDB
Summary:
The Executive Producer of The Lord of the Rings has joined forces with the creators and producers of The Amazing Race to conjure a land of magic and malevolence, where mythical creatures lurk in the woods. For 12 lucky souls, a fantastic world will come alive in a unique competition series where players will engage in epic challenges. They will enter the world of "Everealm," where mythical creatures and magic span the land, and dark forces are at work with mystical beings to challenge those seeking to win the chance at becoming the hero they always wanted to be.

Save the Queen
season 01
episode 03